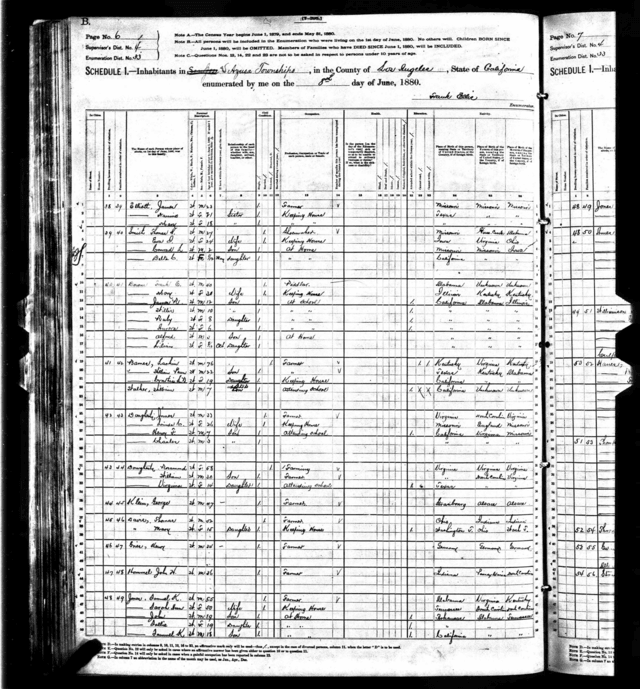 Born October 25, 1857, the son of S.L. Barnes, farmer, and a native of Kentucky, and Sarah E. (Bohannon) Barnes, a native of Illinois, William was brought to El Monte in 1859, in a covered wagon train comprising some one hundred and ten wagons. 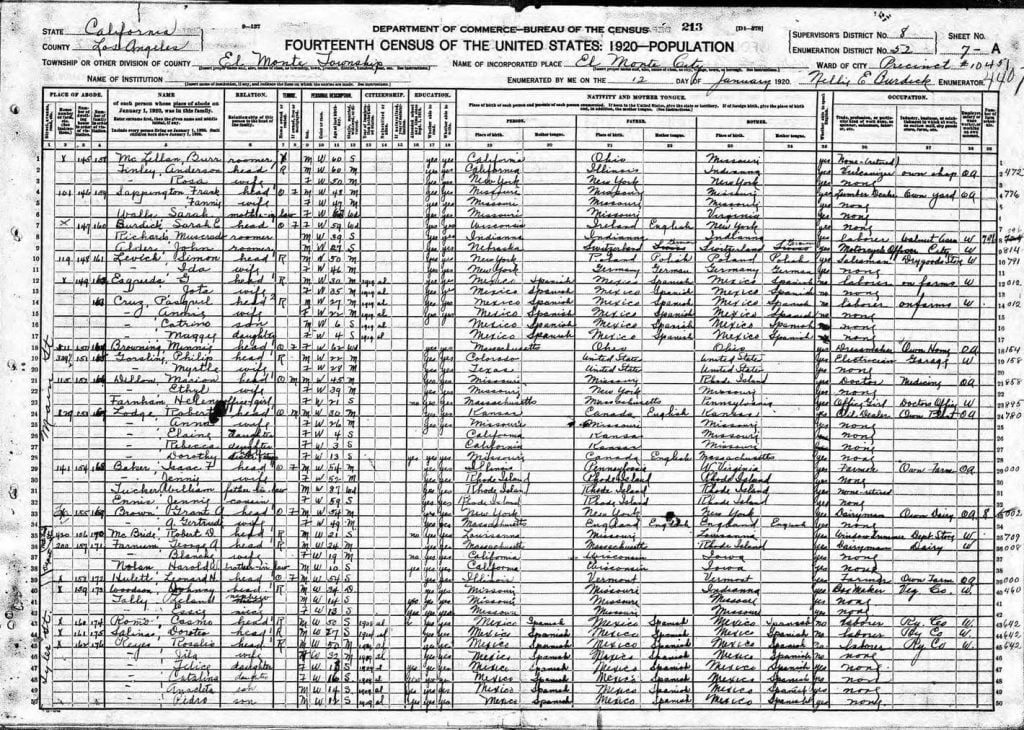 The business interests of El Monte, had in Isaac Funk Baker one of their most important factors, his enterprise and progressive spirit having contributed no little to the material upbuilding and development of the place. Mr. Baker, a native of Illinois, was born in the vicinity of Bloomington, February 15, 1865. 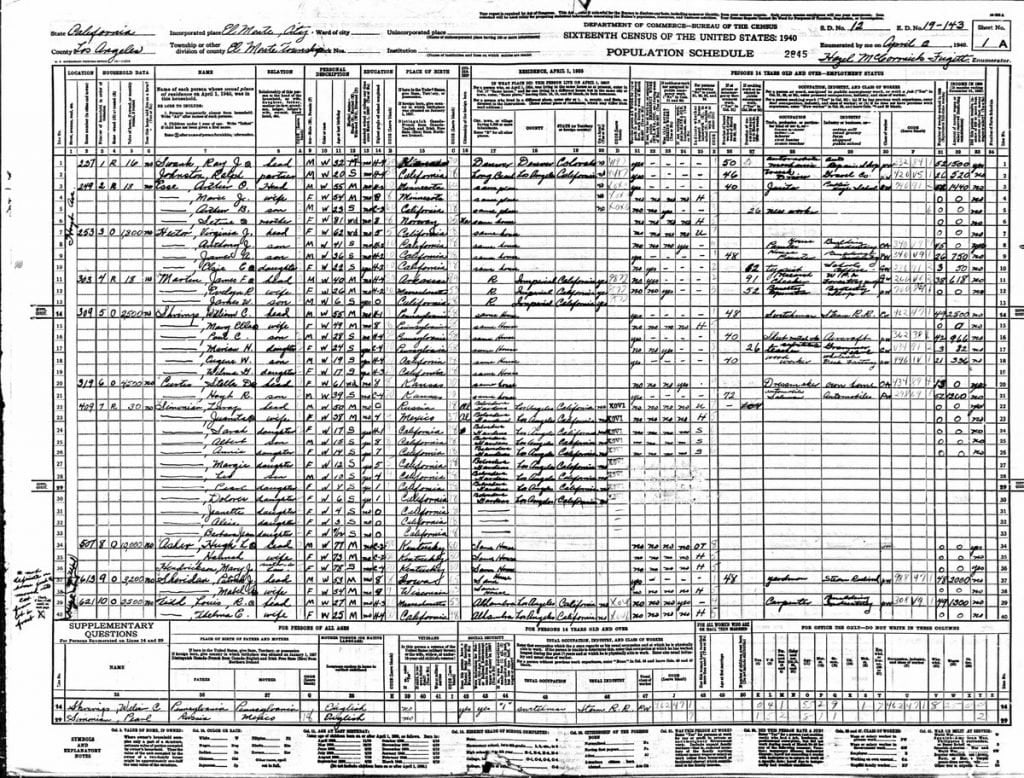 Mr. Asher was born in Clay County, Kentucky, December 18, 1862, the twelfth in a family of twelve children, whose parents were Jackson D. and Margaret (Hendrickson) Asher, both also natives of Kentucky. In 1902 he sold his holdings in Kentucky and went to Chicago, where he remained one year and then came to California. He stopped first in Los Angeles, where he remained until coming to El Monte in 1907. 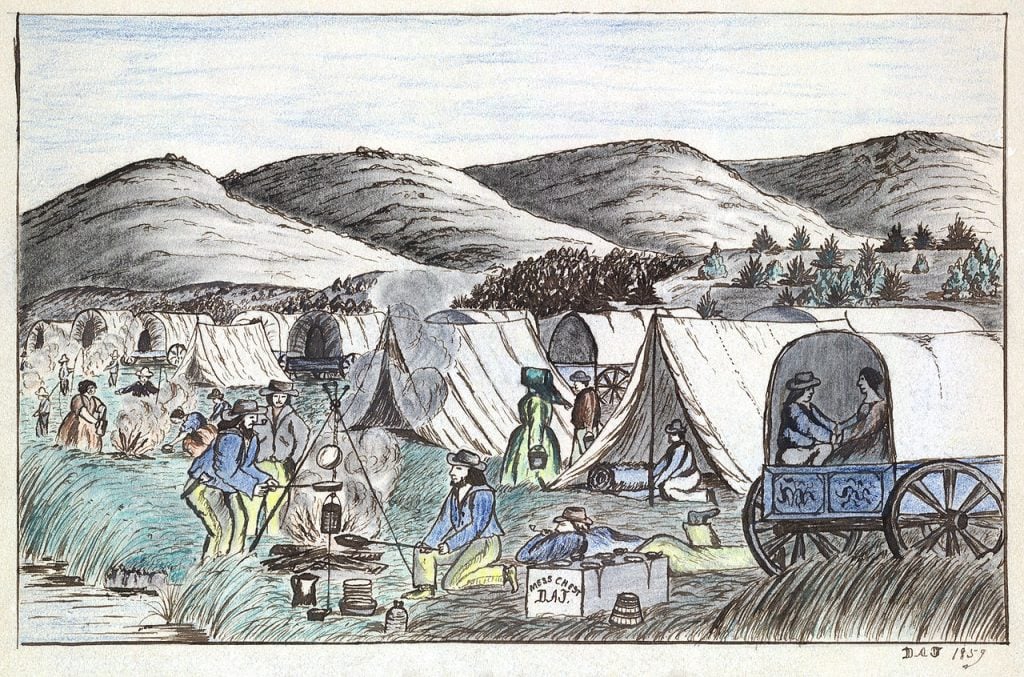 A pioneer of El Monte was Tilghman D. Andrew, whose life was spent in varied ways ranging from soldier and Indian fighter in Arizona, to saw mill operator in many parts of Southern California. 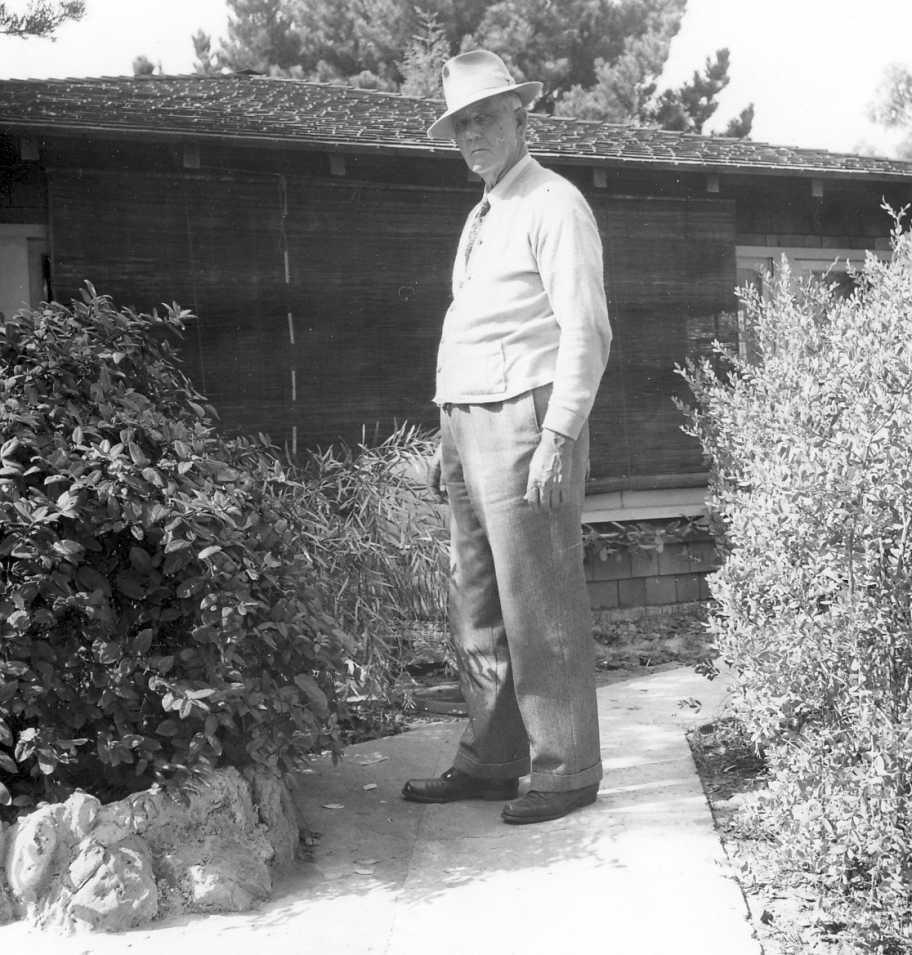 A direct descendant of Captain William Johnson, one of El Monte’s founders and prominent among the builders of the city in its later growth, is the name of Charles G. Andrew, who was born February 14, 1875 in San Bernardino. Mr. Andrew’s father was Tilghman D. Andrew, a native of Maryland, coming to California at an early date. His mother was in maidenhood, Sarah Ann James, a native of California, being born near the site of the old mill on the Huntington estate, and whose father managed and operated the mill. Her father, in 1860, moved to San Bernardino, where he operated several lumber mills. His death occurred in 1911.

Charles G. Andrew, in 1881, was six years old, was brought to El Monte, where he was educated in the public schools. On reaching his majority he engaged in farming, and in 1903, acquired and settled on 22 acres of land on South Lexington, near the Durfee ranch. Here he remained for twenty-seven years, settling the place to walnuts and otherwise improving his property. 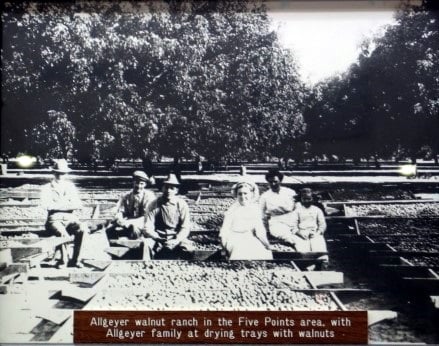 Henry Allgeyer, a rancher, who lived and owned a ranch east of El Monte, was born in Rhineland, Montgomery County, Missouri, March 25, 1875. 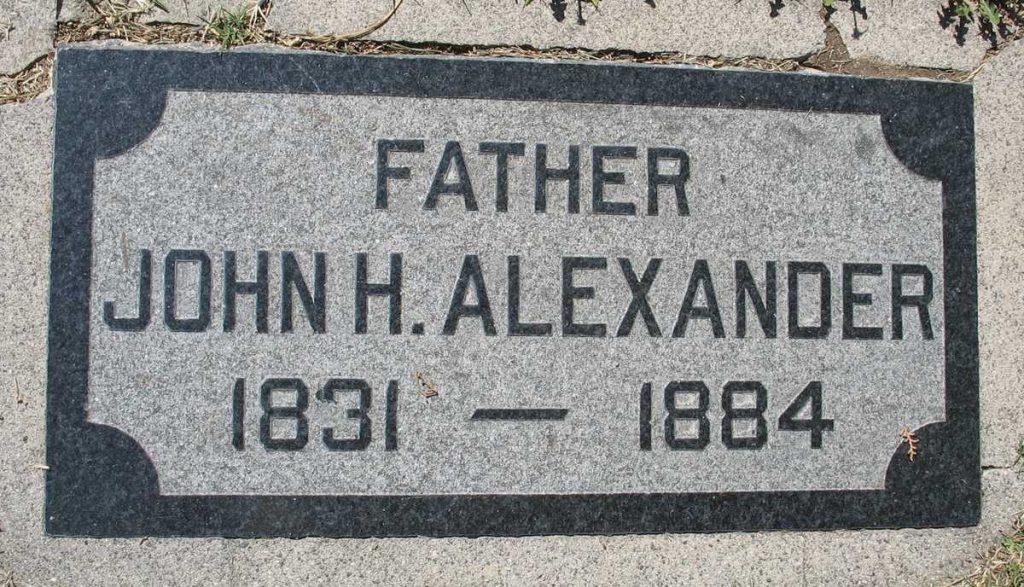 Although living but two years after his arrival in El Monte, John H. Alexander was well known in the vicinity and left a family which was to have much to do with the activity and future development of the town.

Born in 1829, a native of South Carolina, Mr. Alexander was educated in the public schools of his home community where he remained until after he was twenty years of age. In 1849, he crossed the plains to California by ox-team, coming first to the gold fields in the northern part of the state. Here he remained for several years engaged at mining. For a time as foreman of a mine in Drytown, Amador County, and later in Calaveras County in the same line of work. 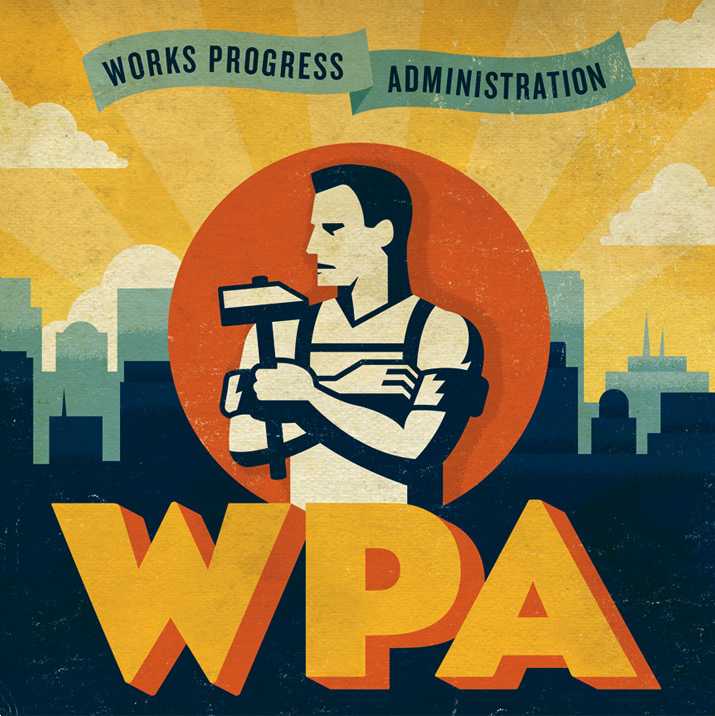 One of the Works Progress Administration projects in the 1930s was to research and write biographies of the pioneers of El Monte California. The WPA assigned this project the number of N-5740. Altogether,workers accumulated 118 biographies of men and women. These biographies range anywhere from 25 words to 1,000 words, the amount of content pursuant to available data at the researchers hands.